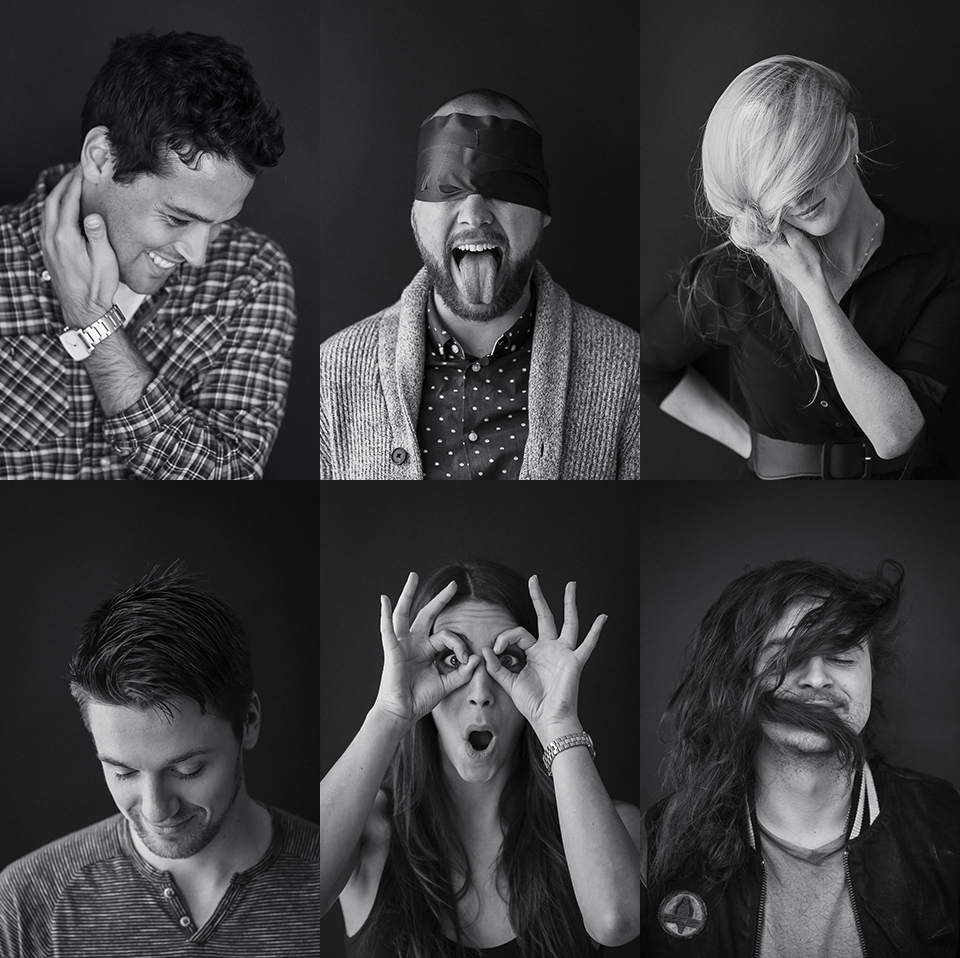 This is an ongoing portrait series of interesting characters in my life that I have met all over the world.

The chosen people are asked to provide two words to describe themselves after a 5-minute session. I wanted to challenge myself to see how much of someone’s personality I could get through unconventional headshots in such a short period of time. When taking on this personal project, rather than focusing on the technicalities of shooting, I chose to focus on bringing out the character of the individual.  These short, often impromptu sessions have been shot in several countries and in many different settings. I’ve used photo paper, black clothing, walls, and even hotel doors to create a dark background and everything is shot with natural light. As challenging as it has been, setting aside my need for perfection and going on a whim has allowed me to bring life and personality to still photos – something that often gets lost in the rules and set up process.

Perhaps the most interesting and unintentional outcomes of the project were the challenges it posed to the characters themselves. I had initially asked each individual to come up with two words to describe themselves, simply as a way to introduce them to the viewer. What I hadn’t realized is how difficult this could be for people. Many of the characters being photographed had to take time to think about it, finding it difficult to look within and self evaluate, and as a result, found it to be a challenging and even enlightening experience. It is no surprise that this project has taught me a lot about these characters, what is surprising, however, is what it has taught these individuals about themselves.