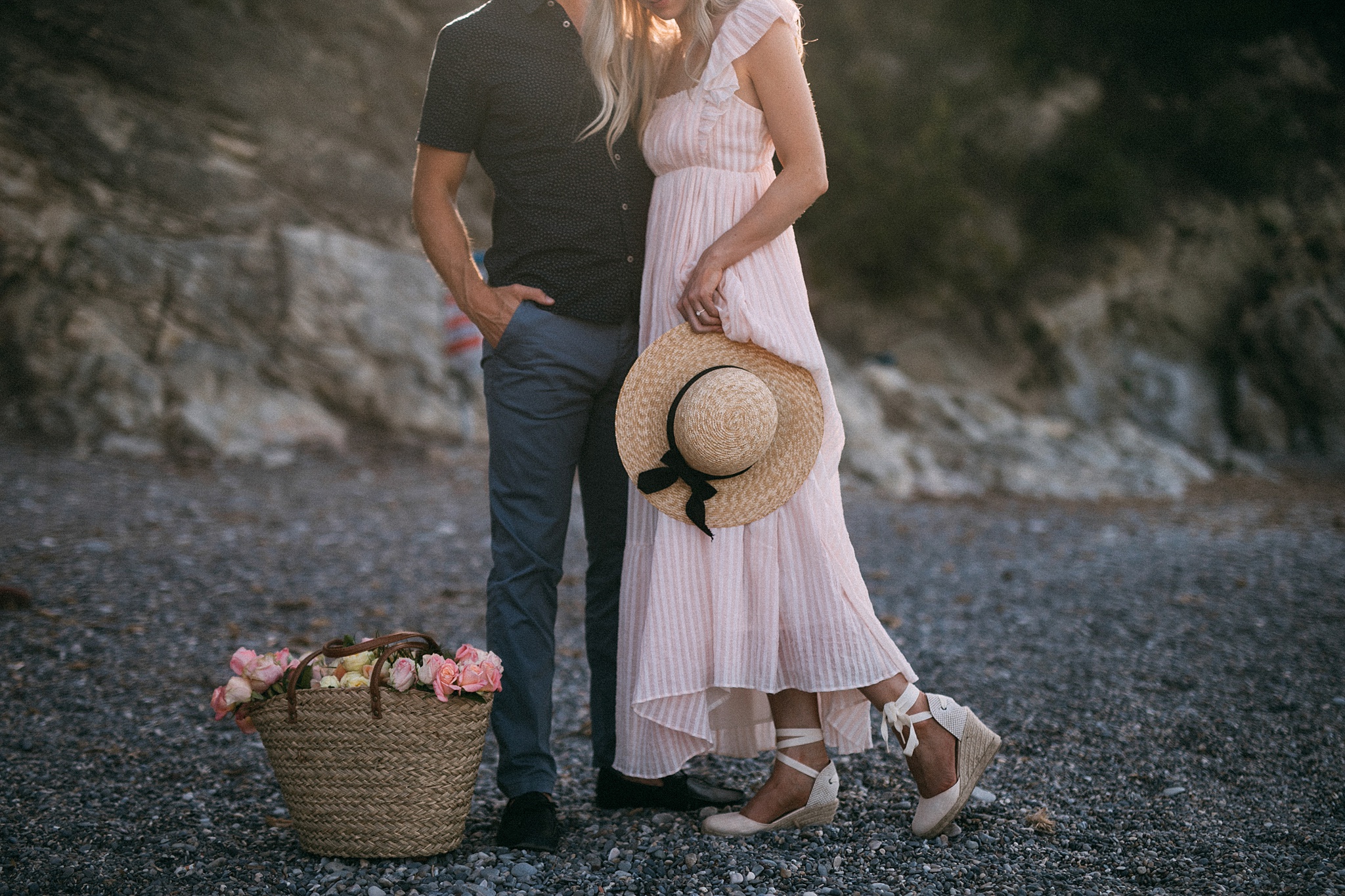 I sometimes have a hard time believing that I get to create for the most amazing couples in some of the most beautiful locations around the world.  This latest session brought me to some of the most scenic places in the South of France.  Most of Kailey & Dave's love story has included France and so it only made sense to shoot their engagement session in a place that has played such a big part in who they are today. They met back in December 2011 here in Edmonton when Kailey was a medical student and Dave was an orthopaedic surgery resident. Kailey asked her Maid of Honour, Emily, to introduce the two of them.  Now both doctors, Kailey at the time pretended to feign an interest in orthopedic surgery when she met Dave for coffee- Dave said he was instantly smitten. After a few delays due to hospital commitments they finally had their first date. They knew instantly they we're each other's match. Dave finished orthopaedic surgery residency in Edmonton then joined Kailey in Ottawa for a Trauma surgery fellowship.  She completed medical school in Edmonton and her family medicine residency in Ottawa.  Over the past year she spent half her time working as a family doctor in Edmonton and travelling to France to live with Dave while he did further training in a Shoulder Surgery Fellowship in Nice. Since then they have done everything together whether it is swimming in Bali or skiing the French Alps, hiking or enjoying a lazy Saturday. They’ve followed each other across the country and then across the Atlantic Ocean to France. So romantic!While discussing their wedding plans it came up that myself and my team would be in Europe for an elopement during the same time they would both be in France. We knew it was fate to create together in a place that was so special to them. We spent the afternoon eating ice cream, listening to love music in the streets and adventuring around the most beautiful parts of Nice. It was perfect. I'm so excited to have these two back in front of my lens this upcoming weekend for their intimate wedding in Jasper!